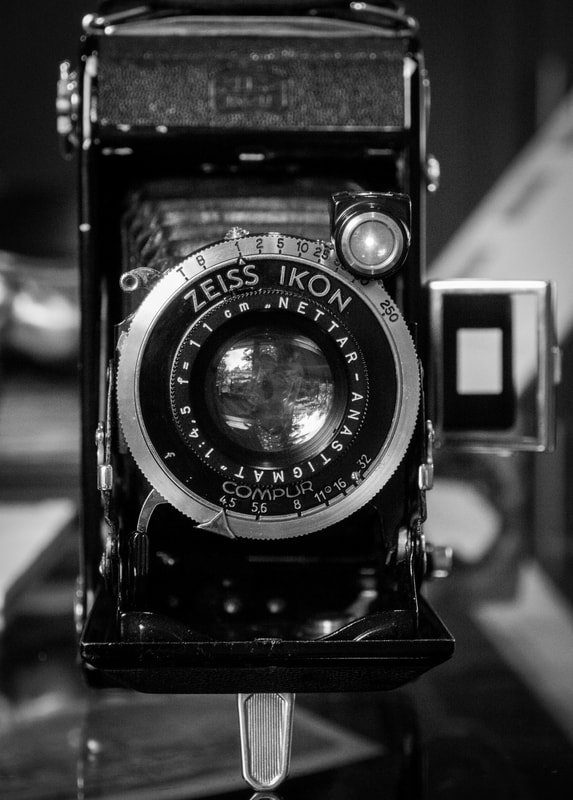 Few camera brands have the glory of Zeiss. This is the company that perfected lenses and is still known for amazing glass. While Leica ended up on the Western side of the Berlin Wall after WWII, Zeiss was captured and taken to Russia.  Yet Zeiss survived and they produce some of my favorite lenses ever.

But back in 1933 the war was not on most people's minds and Zeiss was producing the Ikon Nettar 515/2.  Zeiss produced many different cameras that shot the 120 roll film and the 515/2 shot a 6X9 which gives you 8 shots.  It is a folding camera which means that it can fit in a large pocket. This was perfect for a world that was opening up to continental travel. People needed an easy to load roll shooter that they could carry with them and see the world.  The Nettar filled that roll wonderfully.

I purchased this one in a little photography store in Rome for 50 Euros. The camera works flawlessly, however it had some dirt in the lens that needed cleaning.  Upon returning home, I took apart the lens and cleaned it.  There was the smallest of light leaks in the back which was quickly corrected with some new light seals.
The Good:
A medium format camera that fits in your pocket, what more could you ask for!  Unlike the Ensign folder I also have, this one has a lens worthy of the Zeiss logo. It is sharp and contrasty even after all these years! Mechanically everything works like the day it was made. While light and pocket sized (a large coat pocket) the images it can take are serious images. The 6x9 format gives you the chance to shoot some wonderful landscapes or some full length portraits.

The lens is where all the action takes place. This simplifies the mechanics of the overall camera and the lens can be easily taken apart to be cleaned.  I would not touch the mechanics of the lens but a simple removing of the lens elements for cleaning is very straightforward.
Overall:
The camera is a piece of history, made in prewar Germany, by a camera maker who knew what they were doing. Sitting on a shelf there are few other cameras as attractive to look at.  Pulling it out and feeding it film is where the real fun begins and this camera gives you that.

If you are going for a Medium Format camera to take quality, predictable shots I would not recommend this camera. The reason is the lack of focusing beyond zone focusing as for general portrait work it can limit you too much..let me explain. For portrait work you need to estimate the distance between 8-15 feet from you. This can be done easily of you close up the aperture a bit. So you will be left with a great deal of background in focus. This can be artistically frustrating. If you want to shoot portraits, I believe cameras such as the Pentagon Six of Hasselblad 500 are the right cameras for you but you will pay for it!  But if you are after a fun camera that can give you excellent shots, once you learn its oddities, this camera is a great choice.

The lens, while sharp for the days standards, does not match modern day demands. If you look at pictures from the 30's through the 40's you will see that most are not very sharp. Sure the 8x10 view camera produced amazing images, but the portable cameras of the day did not render the sharpest of images. Add to it the 85 years of time and it is a bit softer than we would like.

Below are some rough examples of what the camera can do.  As explained I had some light leaks on the bottom right of each of these which I corrected a bit in post. The vignetting on the shot with the fisherman was done in post and is not a natural effect of the lens. I never like how film pictures look when scanned and this is a prime example.  In the darkroom these images really come to life. 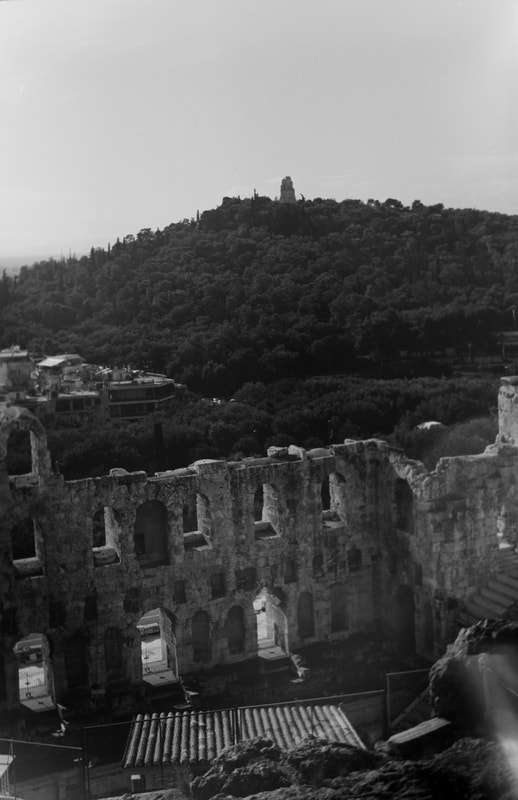