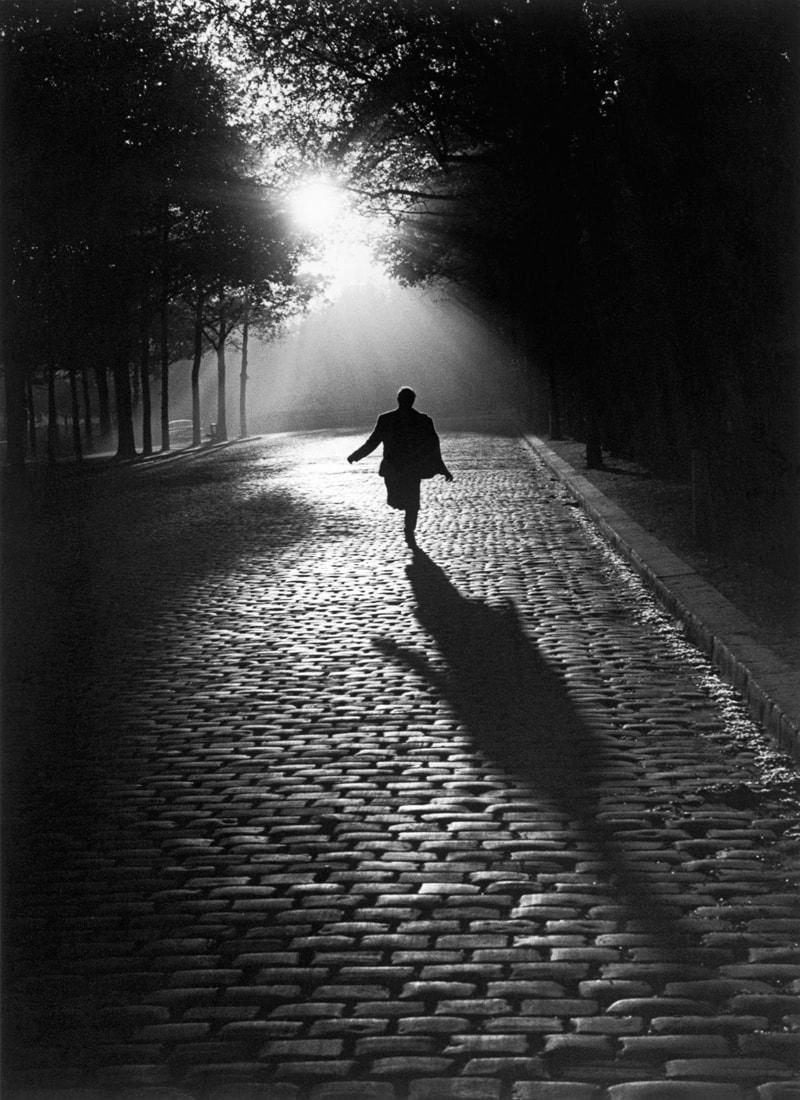 The first time I was introduced to Sabine Weiss's work I was at my favorite museum in Paris the Jeu de Paume.  I had gone to see an exhibit of one of my favorite photographers Josef Sudek when I saw that they had recently finished a show of Sabine Weiss.  I leafed through a book of the exhibit and quickly purchased it.  Sabine is a remarkable photographer and shot with an intimacy that would be impossible today.

I would ask that you take her pictures and compare them with Vivian Maier and you will see the difference between work that can stand alone as art and work that must be tempered with age.  What I mean to say is that Weiss's work is a study in composition, intimacy with her subject and mastery of light.  Most of Maier's work is compositionally interesting but lacks the intimacy of a photographer interacting with her subjects.  Sabine got dirty in life, Vivian floated above it.

Sabine Weiss is a Swiss/French photographer who got into Photography very early in life with the encouragement of her family.  She married an American artist named Hugh Weiss and shot all types of photography from street & journalism to fashion and still life.  She was published in all sorts of magazines including Vouge.  She did not stage her shots and took advantage of the moment by capturing the "instant".

This shot, titled Man Running was shot in Paris in 1953.  I found little in the way of background of the image but there are some very strong characteristics that make this image jump out.  To begin with we see some amazing contrast, with the blown out sun setting in the upper third of the picture.
The curb seen on the right side of the image, gives us perspective and depth.  In fact the bottom half of the image is almost exclusively dedicated to giving us this depth.  In spite of the depth, the deep focal range and the unhindered view, we do not see another living sole.  All we have is the single man running to or away from something.

The secondary subject, the one that is at first not so obvious is his shadow.  This is the single element that takes up so much of the image's real estate.  His shadow is clearly coming from him, but when we really focus on it we see something different.  We do not see the shadow of a man running, in fact if you only looked at the shadow it appears to be of a man standing.  The shadow itself starts at the very bottom of the image and as you follow it up, you see the shadow's head, neck and shoulders and an arm giving us a secondary gesture so different that the running mans.  The shadow seems calm, stoic as if chasing something that it knows it will catch and does not require any exertion to reach it.  The shadow ends in a sharp point, just where the running man's foot is.

A simple image of a man running turns into something so much more complex. Perhaps the shadow of time is methodically chasing the running man who is using all his energy to keep away from it. He is running towards the light, we do not know exactly where but we do sense his desperation to get there.  We see the still trees contrasting with his movement and unafraid of the shadow.  We see everything the man sees, yet cannot understand his motive or have any inkling how it all turns out.

The image is filled with tension, with energy and with drama without giving us an explanation as to why. It almost feels as if it is too much for the frame to control, as if the anxiety of the man running will spill out of the image and onto our laps. We cannot help but root for the man that is running, wishing that he could win his race, but somehow knowing it is a lost cause.

I do not believe that any of this was in Sabine's mind when she took the image.  She saw a man running and pulled up her camera to capture it. Her brilliant mastery in composition allowed her to set up her shot quickly, ensuring to capture the sun, the man and his shadow.  And in that instant she captured something she could not have seen, could not have noticed seeing the world in color, she captured a battle of man against time.

For those of us who are trying to learn the art of photography, what can we learn from such an image?  The power of composition, the necessity of the mastery of light and the immediate understanding of how the camera will react to these settings.  It also shows us that the darkroom work is just as necessary in the creation of a masterpiece as the camera and the photographer.
Powered by