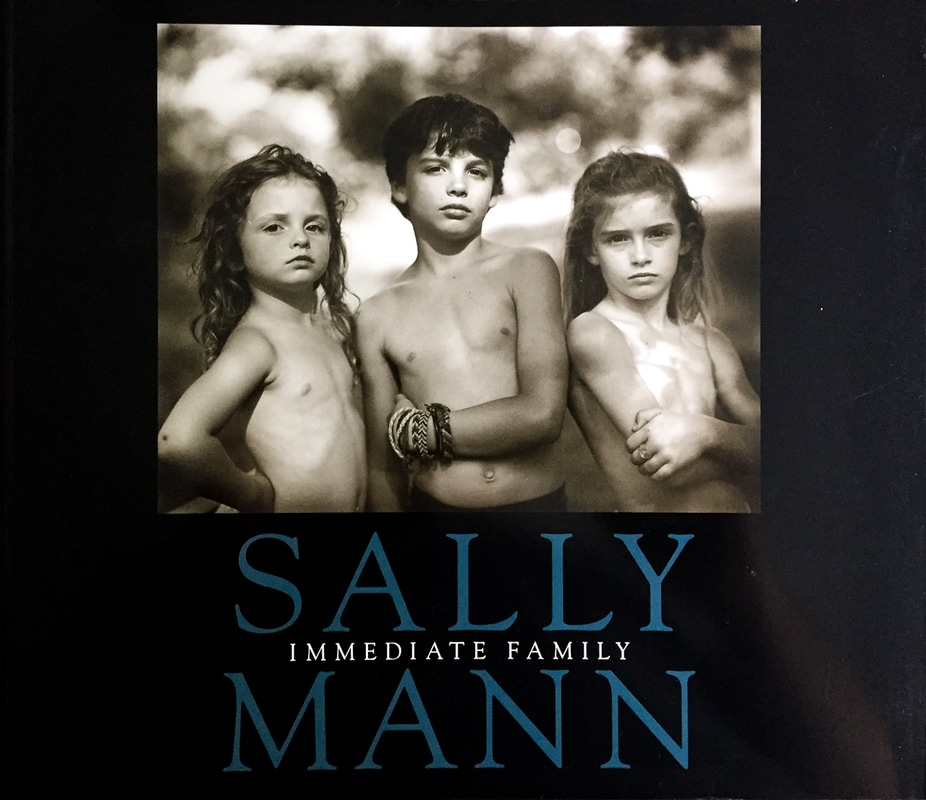 Photographers do not rock the boat. Photographers are traditionally conservative, and while they may push the boundaries of their art, they rarely create much of a stir outside of the photography circle.  Sally Mann is one of the few exceptions that I know of. Sally published "Immediate Family" as her second published work. The backlash, especially after a Time Magazine article was tremendous. Her sin? She photographed her children, occasionally in the nude.

To my way of thinking the backlash is simply beyond comprehension. Pictures of children are innocent and cannot be viewed in any other way. Artistically photographed, by a caring and talented mother cannot possibly be viewed in another light. Imagine my shock when my own family members disagreed with me. It polarized us. Some, including my wife, view it as a violation of trust and the sin of overexposure which children are not prepared for.

I find the work breathtaking. My favorite images are of the kids fully clothed but almost all of them are amazing. Yes she has a few images that are a miss in my book, composition is a bit forced or the emotional link fails to reach me. It is easy to sit and criticize knowing that at her worst, Sally is a far better photographer than I will ever hope to be. I can just look at the images through my own imperfect and flawed perspective, carrying my own memories and superimposing them on what Sally presents.
Sally and her family ran off to a secluded farm in Virginia. They sought isolation and room to live life but they also ran. Ran from the cities, stress and the outside influences that are so muted when in isolation. The perfect beauty of her farm, her respect for the place and its history lulled her into believing that she was protected. She had outsmarted life one more time. Unfortunately this was a myth, one I have often dreamt of myself.

The world came crashing into her ideal life, first with the backlash of this body of work, then through the illness of her husband and ultimately with the untimely death of her son. Sally Mann has suffered more than many of us. She has suffered not only due to what has occurred to her and her family, but also because of her artistic intelligence. She cannot let an idea pass without picking it up. She was unable to leave the normal paranoid fear parents have pass, she had to stop it, pick it up and photograph it. Many of her images of the kids are startling because they play out the worst case scenario of a child being hurt.

She has to study the pain, the suffering and understand it intellectually as well as artistically.  I do not pretend to understand her, but I believe this to be true. I see it in her photographs and her autobiography which was recently published and which I devoured within days or receiving it.

I have not explored Sally's work after 'Immediate Family' which includes landscapes and a series on death and the human body. I have stopped at this work and am living a little within this work. I do not want to move on from her work, from the childhood emotions she has captured so well. Beyond this we have beauty and complex concepts on death and what remains of a life spent.
Powered by