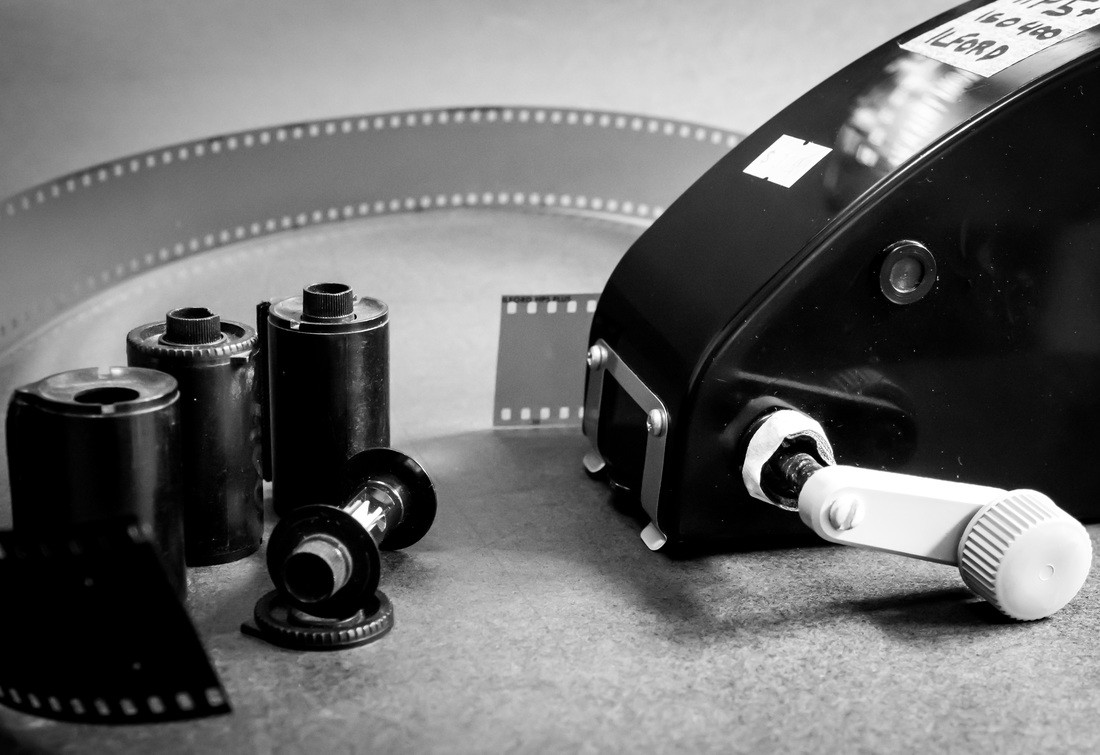 I bulk load my own film because it gives me direct control as to the number of rolls of film I carry. By buying 30meter rolls I have plenty on hand and do not have to worry about running out of film. I always have two bulk loaders filled with film. If one runs out I can move to the other while purchasing more bulk film. I typically have an ISO 400 and an ISO 100 film loaded. I can always push or pull these films to the ISO I need on any given day.

I also bulk load because the economics makes sense to me. I can purchase Ilford HP5+ film for GBP 60 for 30meters. I can buy a roll of the same film for GBP 5 each roll. So my math tells me that if I can make more than 12 rolls of film (I usually get 21) then I am saving a bit of money. The complication is that this does not include the purchase of the bulk loader, the film canisters and the time I spend doing it or the risks....lets dive into these....
​
Powered by